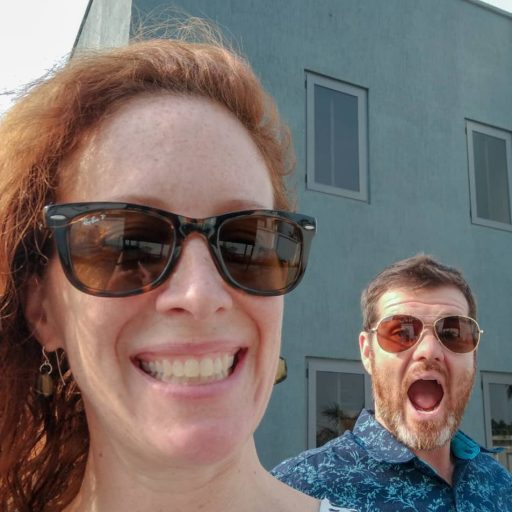 Akwaaba means “welcome” in Twi⎯one of the many languages of Ghana. We moved to Accra in February of this year and we have started to get acquainted with our new life here.

This isn’t our first time in Ghana. In 2005 we took a break from Niger and headed down by bus. Two days each way, but we were rewarded with friendly people, fresh fish, and prices even a volunteer could afford. Now we’re back, and as you can guess, 14 years of development have changed the landscape a bit. Ghana’s economy is doing well, things are busy, construction is booming, and most of Accra is as modern (or more so) than some American cities. This was a bit true of Lusaka, but here it’s twice as clear because Ghana is on a port and a quick trip to the U.S. Most cars here are imported directly from the States, for example. Sometimes that’s a shipping container full of Rav4s with front end damage that get turned into Frankencars, but then you also get things like someone’s giant Ford F350 trying to fit into a tiny little parking space.

Accra is also at this weird crossroads of stuff. Most supermarkets are Lebanese-owned, so there’s a Mediterranean/Middle Eastern selection of foods. Then you get the European and South African imports, like UK ginger cookies or pinotage wines. We also see a lot of American brands that somehow make it here. Parade Brand or Hy-Top brand items are in some of the stores here, which are the just-better-than-generic-brand you might see in stores in the U.S. But…it can get expensive. If you go shopping and don’t keep an eye on prices, on occasion you might end up paying $20 for 2 peaches flown in directly from Italy. Plus, with the American Commissary, if there’s something we can’t get here, we can’t figure out what that might be.

The house we were assigned here is fancy. There’s no other way to describe it. It’s a modern place and we share a plot of land with the PC Ghana Country Director. Four bedrooms, an office, modern kitchen, two floors… we’re super lucky. The only trade off compared to our last place is that our yard is tiny. Especially compared to what we had in Lusaka. But it’s the tropics and it’s hot outside, so it’s not that bad being inside a bit more. Now all we need is furniture. That’s all on a boat at the moment, changing ships in Pointe Noir today, and should be here in 2-3 weeks. Fingers crossed the ship doesn’t run into any sea monsters!

And one little fluffy-face likes the new place. We get the sense that she does miss hunting for lizards, but apparently hunting for a warm chair seat, or popping her head through the stairs, makes up for that.

We’ll post more in the future when we get time! Thanks for moving from the old blog to the new one with us, it’s totally going to be worth it!

Oh…and if you’re still asking “what is highlife?” It’s a type of music that originated in Ghana around the beginning of the 20th century. Ebo Taylor is one of Ghana’s most popular Highlife genre musicians…check him out: